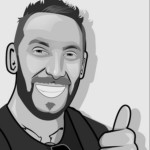 This post is for people searching who are curious about learning how stablecoins work in crypto and what stable coins mean.

What on earth is a stablecoin, and what makes it stable?
Stablecoins are supposed to be stable, they tie themselves to a stable Traditional finance benchmark like the USD making $1 crypto = $1 USD. But recent volatility in the crypto market has shown they might not be as reliable as we first thought and that they can be manipulated.

I’ve been working in the crypto web 3 space for just on 12 months as of May 2022 and have seen the rise and fall of the market. Just this week funnily enough Friday 13th the crypto market crashed hard.

Today I want to break down the stability and explain how stable coins get stable and just how they fall apart when they become unstable. This is not a panic article its a explainer and as always do your own research before investing in anything.

The world of crypto is no stranger to volatility, since its inception its been plagued by skepticals, likeness to a ponzi scheme and many other negative detractors of people who will pick up any micro downward trend and blow it up into a massive event.

This current downward spiral is the gravy train for those such people who want crypto to fail. The fat old white guy comes to mind, the banks, the financial advisors who are TradFi to they die and others are licking their lips during this short lived downward trend.

The market will bounce back and have a pogo stick up and down for months until its launches back to record highs. Thats my prediction you can quote me on that.

The staples BTC, ETH, Sol, Matic all experienced wild swings that make them hard to use as a stable means of exchange.

Then we had stablecoins — cryptocurrencies that peg their value to an existing asset, and offer crypto holders a way to enjoy the benefits of digital currency (e.g., transaction speed and low fees), without the volatility. Stable in every sense.

For stablecoins to stay stable…

Stable coins must have a stable benchmark to tie themselves to creating that stability measurement.

This is called collateral, and there are generally three types:

As you can probably imagine, algorithmic stablecoins are a bit controversial — technically, they aren’t backed by anything. But stablecoins have been the easy choice for beginners to fell safe when trading crypto because its less volatile and I know I started trading with stablecoins because I was sick of Googling the comparative rates between Matic vs USD for example.

TerraUSD (UST), which is pegged to another crypto token called Luna and a very well known token. The smart contract rules that connect the two tokens has a rule that UST holders can always trade one UST for $1 worth of Luna tokens. This sounds like its sound and we are getting a stable reliable deal here.

but! while the connected rules helps keep this relationship price of UST stable at $1 through a pair of financial arbitrage trade hustles that can happen if UST moves above or below $1:

This little loophole has just now been exploited and really taken advantage of and especially when the crypto market started heading south hard.

This handshake agreement between the two tokens has been abided by traders for the most part until this horrible week of panic in the market where its started to go bananas. The value of one Luna token has dropped from ~$81 to one cent in the last week. Predictably, traders are avoiding these tokens like the plague.

the stablecoin thats supposed to tied to $1 has plummeted to $0.30 cents and thats concerning because its tied to the $1 mark unless all hell breaks loose like it has.

Tether one of the traditional currency backed stable coins has also been smacked in the face with hard realties and dropped to $0.95 cents.

Hows this for a complete backflip earlier this week's (week of 13th May 2022)  earnings call, Coinbase CEO Brian Armstrong said, “Ironically… I’ve never been more bullish on where we are as a company.”

In reaction to just how scary Friday the 13th was big CEXs (centralised exchanges) like CoinBase have announced that should they go belly up they will be holding users crypto as their own.

This popular phrase rings so true "Not your keys, Not your coins."

While their announcement is what we call a dog act and will hurt so many millions of people they are actually entitled to do so. In exchange for allowing users to access their simple dashboard and exchange they keep all access keys and maintain custodial ownership of the currency stored on their exchange.

That said are WAGMI really? that means “we’re all going to make it” and Im 100% saying yes we will. Im backing crypto to disrupt TradFi in the coming years.

So what’s the deal?

Im still using the Coinbase app for a portion of my assets, but ill never store NFTs or bulk assets in my Coinbase app because I don't own my keys, and I think they are the entry wallet for beginners and wont really evolve much further.

You can also use trading bots to help stop gaps.

Study your coins and tokens and always do your own research. Stable coins are meant to be stable and not drop from the $1 pegged value and thats when you know things are getting crazy. Keep safe and don't ever over extend yourself, Invest what you can and be prepared for a cold winter before the fruits of holding on take shape.